Msc in Geoinformatics course launched and testing of learning materials started in September 2014 at partner Uzbek Universities, within the frame of Tempus GE-UZ project. Students have initiated their studies in Geodesy and Cartography  (in geoinformatics) MSc group. Currently  there are two courses being taught by Professor Ilhom Musaev (GIS), Professor Eshkabul Safarov and Ziyo Ohunov (Cartography and Geovisualization). 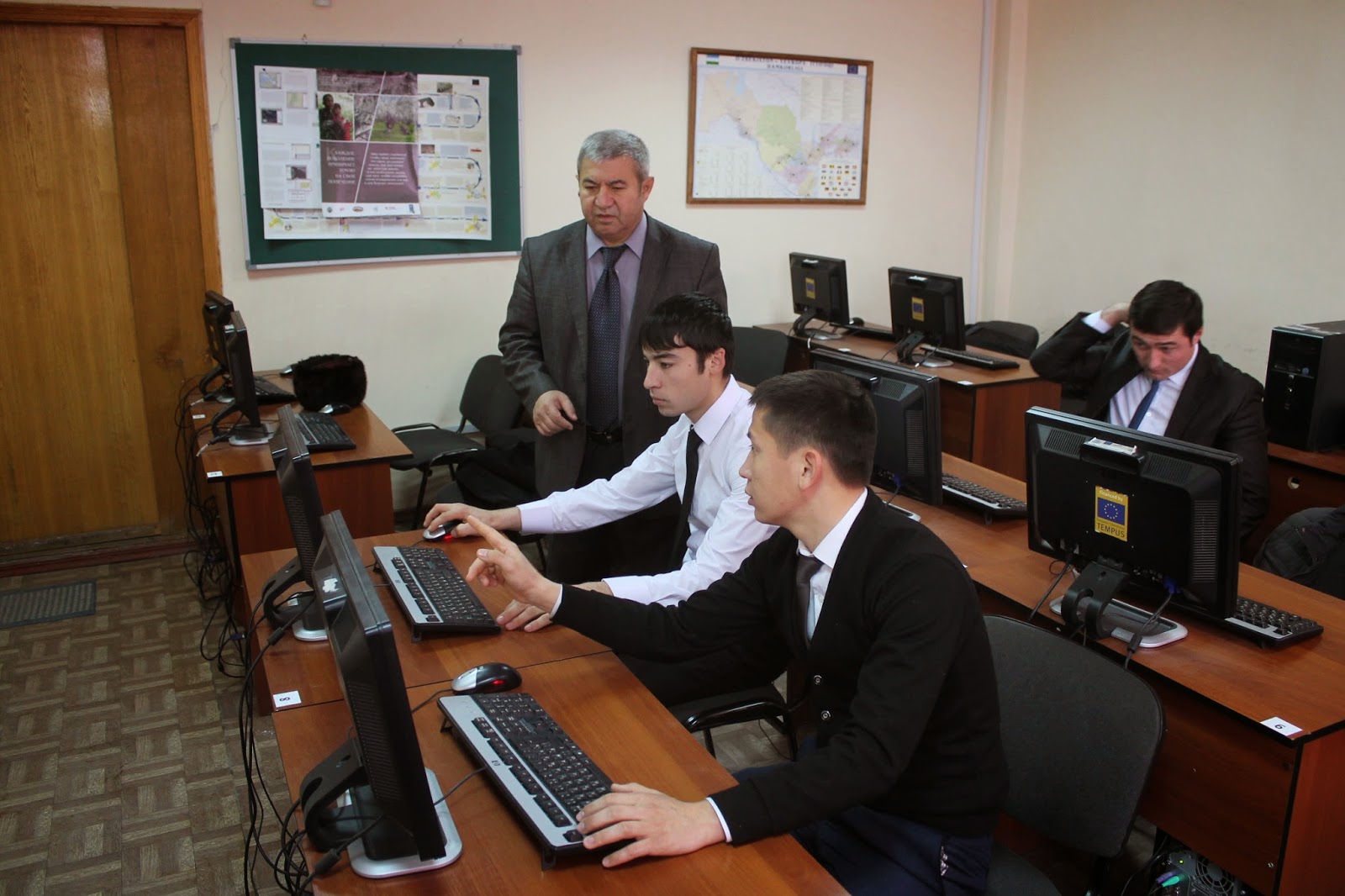 There are: “Geo Information and Science” and “Cartography and Geovisualization”. Nowadays, students are preparing for final exams which will be held from 9th till 21st of February in 2015.
Almost all courses are provided in equipped study rooms which were financed by Tempus GE-UZ project. 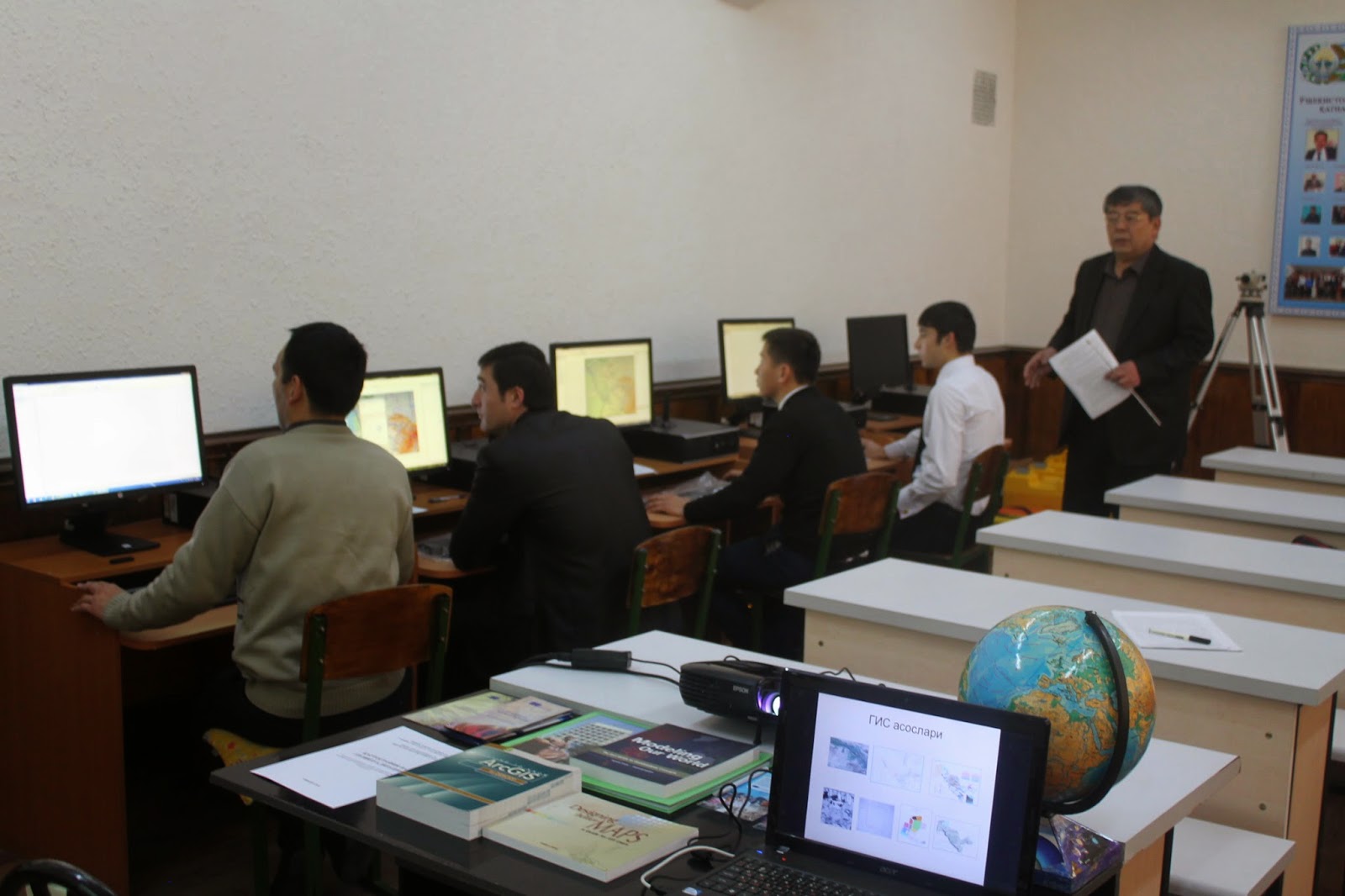